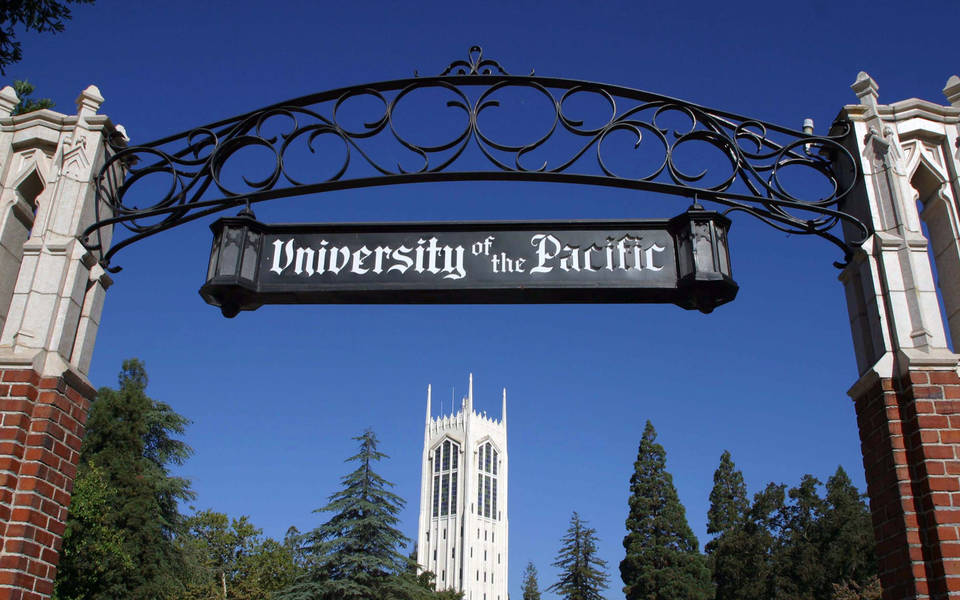 Stockton, California is proud to be the home of the first chartered University in California. Pacific was established by pioneering Methodist ministers in 1851 as California's first chartered institution of higher learning. University of the Pacific is an independent, coeducational university serving more than 6,400 students on three campuses in Stockton, San Francisco and Sacramento. Pacific has earned widespread recognition for its deep commitment to teaching and learning, its history of innovation, and the accomplishments of its 55,000 living alumni.

As an innovator and leader in higher education, Pacific provided the state with its first medical school in 1858 (which later became part of Stanford, and today is California Pacific Medical Center); its first coeducational campus in 1870; and its first conservatory of music in 1878.

It was the nation's first to offer an undergraduate teacher corps program, the first to send an entire class to an overseas campus, the first to establish a Spanish-speaking inter-American college, and the first to offer a four-year graduation guarantee. With its move from San Jose to Stockton in 1924, Pacific became the first private four-year university in the Central Valley. Shortly after occupying the new campus, Pacific established one of California's earliest schools of education. In 1992 it was renamed the Gladys L. Benerd School of Education in honor of the alumna's endowed gift.

Pacific has enjoyed extraordinary stability in administration. Dr. Pamela A. Eibeck began her service in 2009 as the sixth President since the University's move to Stockton in 1924 and the 24th since its founding in 1851.

On July 1, 2013, University of the Pacific rejoined the West Coast Conference. A founding member of the conference, Pacific shares its sister institutions' long tradition in intercollegiate athletics and their dedication to high quality academics and athletic success.

Small class sizes, diverse perspectives, and committed professors who know your name - these are the hallmarks of Pacific's nationally recognized, student-centered educational programs. With nine schools offering over 80 majors, Pacific students can pursue their undergraduate, graduate, and professional studies under the direction of our award-winning faculty.

Pacific continues to enjoy national recognition for its leadership in higher education, consistently ranked among the best national universitiesby U.S. News & World Report and Princeton Review. The University has been listed as a "Best Value" (Top 50) by U.S. News & World Report every year since 2000. U.S. News also ranks Pacific very high for ethnic(Top 5) diversity. In 2012, PayScale, which tracks salary information, ranked the University in the top 75 institutions in the United States for highest paid graduates.

The University remains deeply committed to its personal, student-centered approach. Faculty and staff are dedicated to excellence in teaching. Close faculty mentoring, a rich blend of liberal arts and professional education, and a broad array of experiential learning activities that prepare students for lasting achievement are hallmarks of the Pacific experience.

Visit University of the Pacific!

Pacific welcomes visitors to its 175-acre campus. Each year, Pacific hosts numerous visitors who are interested in attending and want to learn more about the campus and the community. There's nothing like visiting our beautiful campus to see first-hand what makes University of the Pacific stand out from other institutions.

While you are here, you can: